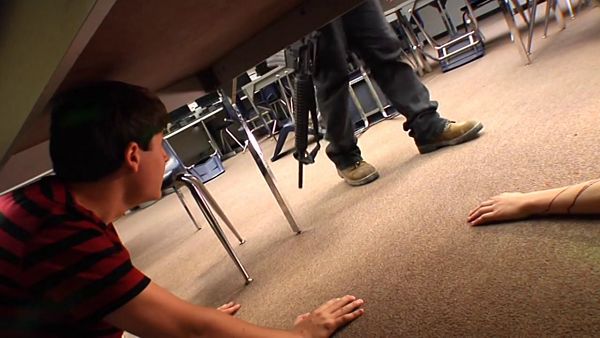 A crime or a terrorist act? Or both?

The Islamic State of Iraq and the Levant (ISIL, also known as ISIS) was quick to claim that 64-year-old Stephen Paddock, who killed dozens and injured hundreds more in Las Vegas, was one of their “soldiers.” The FBI, on the other hand, insist there is no evidence that he had any contact with or interest in the militant group. ISIL’s claim once again raised the question of when a murderous outburst should be regarded as an act of “terrorism.”

Paddock’s action was no sudden rampage brought on by a rapidly boiling fury. It was not some quick response to a sudden insult. That happens all too often in a country were so many people legally carry guns on a regular basis. There is also no indication at the moment that he held a particular survivalist view of society collapsing, building up resentment at those around him, aggravated by just having lost his job, as was the case, for example, of 41-year-old James Huberty, who killed 21 people and injured 19 others in 1984 when he walked into a Mc Donald’s restaurant near where he lived in San Diego, shooting customers indiscriminately.

According to Paddock’s brother, who expressed his total confusion as to how he could have done something so horrific, Stephen Paddock lived a blameless life and had never even had a parking ticket. Yet, although Stephen Paddock apparently lived quietly in a retirement community, he had amassed an arsenal of assault weapons. He had at least 17 firearms in the 32nd-floor hotel room from which he repeatedly shot at those attending a country music festival down below. Police later discovered that he had even more semi-automatic weapons back in his home in Mesquite, Nevada. There are even suggestions that he had modified some of these semi-automatic guns to make them fire more rapidly. This, therefore, raised the possibility that Paddock was part of some network that had a campaign to wreak havoc in Las Vegas, the planning for it being guided by some agency other than the man himself.

So far there is no indication that he was in touch with anyone else or had shared his detailed planning with others. Doubtless, his internet, social media, and communications history is being gone over by a huge team of investigators to see if there is even a hint of a connection or interest to people who might have encouraged his murderous spree. The importance of establishing this, of course, is to determine if there are further attacks being prepared. If he was not part of a network, but a “lone wolf,” isolated from the pack attacking the vulnerable where he can, does this still make him a terrorist?

This needs some sort of an answer because quite different resources are put into tackling “terrorism” from those available to deal with other violent crimes. The public response is also different because of the implication that the attack is on the nature of their society. This is more threatening than a person who has a particular resentment against an organisation or group, no matter how bizarre or general that is. However, there is no simple answer to this important question. Those who study these matters cannot even agree on a definition for what a “terrorist” is. Nor is there much consensus on how people find their way into becoming one. 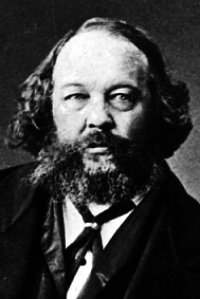 Perhaps the best way to understand what defines a “terrorist” is to go back to one of the first people who promoted the idea of anonymous attacks by individuals or groups against civic targets. This was Mikhail Bakunin, a mid-19th-century anarchist who promoted the idea of the “propaganda of the deed.” In other words, it was the significance of the deed itself, its symbolic quality, that was crucial. The political idea was that the violent action would be reacted to with such repression by the state that this would alienate more people and so set in motion a revolution. The vote in Catalonia for independence seems to have achieved just that. But bombings of night-clubs and concerts clearly has the opposite effect. The aftermath is replete with accounts of heroism, and the help strangers give each other. Rather than setting in motion the breakdown of society these outrages bring people closer together and foster social cohesion.

Beyond the attack on society, it seems to me that for a violent assault to be considered “terrorist” there has to be some articulation of an ideology. There has to be some notion, however bizarre and unrealistic, of what the ultimate objective is that the “terrorist” is reaching for. The outburst has to be something more than an expression of anger, frustration, depression or confusion. If the threat that the violence poses is to be regarded as something that challenges how we live, with the attendant vast security infrastructure that demands, then it must be driven by more than an idiosyncratic vendetta.

From this perspective, hardly any of the recent mass killings should be regarded as “terrorist.” Even those claimed, with a wrong-headed definition of the term, as “jihad,” have not been carried out by people with much idea of what the essence of Islam is. Perpetrators were found with newly purchased copies of “Islam for Dummies” and only very limited knowledge of the religion and its precepts. Research I have been involved in has revealed that many of these violent militants were drawn into their actions by social contacts rather than ideological commitments. Much as young men become drug dealers because they see those are the people in their community with wealth and power, so people can drift into violent acts because that is where they see the status in their associates.

As has become clear from analysis of recent atrocities, many of the attackers have criminal backgrounds. It is that criminality that is a stepping stone rather than religious beliefs. Consequently, whether ISIL claims Stephen Paddock was one of their “soldiers” or not, he certainly does not deserve the notoriety that would go with the label “terrorist.” He may well have been influenced by the significance given to earlier mass shootings at pop concerts and nightclubs. This together with his apparent fascination with firearms and the isolated existence that many are saying he led, could have festered within him to develop a personal narrative of some sort of grand, tragic ending to his lonely life. As so often happens in these spree killings the outcome for the perpetrator is predictably his own death. For Paddock, it was a form of suicide as for many others. There is nothing new in this awful catastrophe. After all, in the Bible, Samson destroyed himself and the Temple as his way of killing the Philistines.

The post When Is It Appropriate to Call a Crime ‘Terrorist’? appeared first on Social Science Space.

When Is It Appropriate to Call a Crime ‘Terrorist’?